Yesterday I did two nail looks, unintentionally. Because summer's here, I decided to whip out some Summer 2011 nail colors and re-use them. Of course they were already feeling thick and difficult, but what the heck, I dove in carelessly anyway. I used the Etude House Ms. Tangerine limited edition orange gradation set. It turned out looking liked this... oh yes, I topped it off with a Kleancolor Mix Signal which I figured would look absolutely lovely against the gradation because it is not as pink as it looks like in the bottle. It actually swipes on clear--but the large glitter specks are lovely and a bit golden green when light hits it! So lovely! 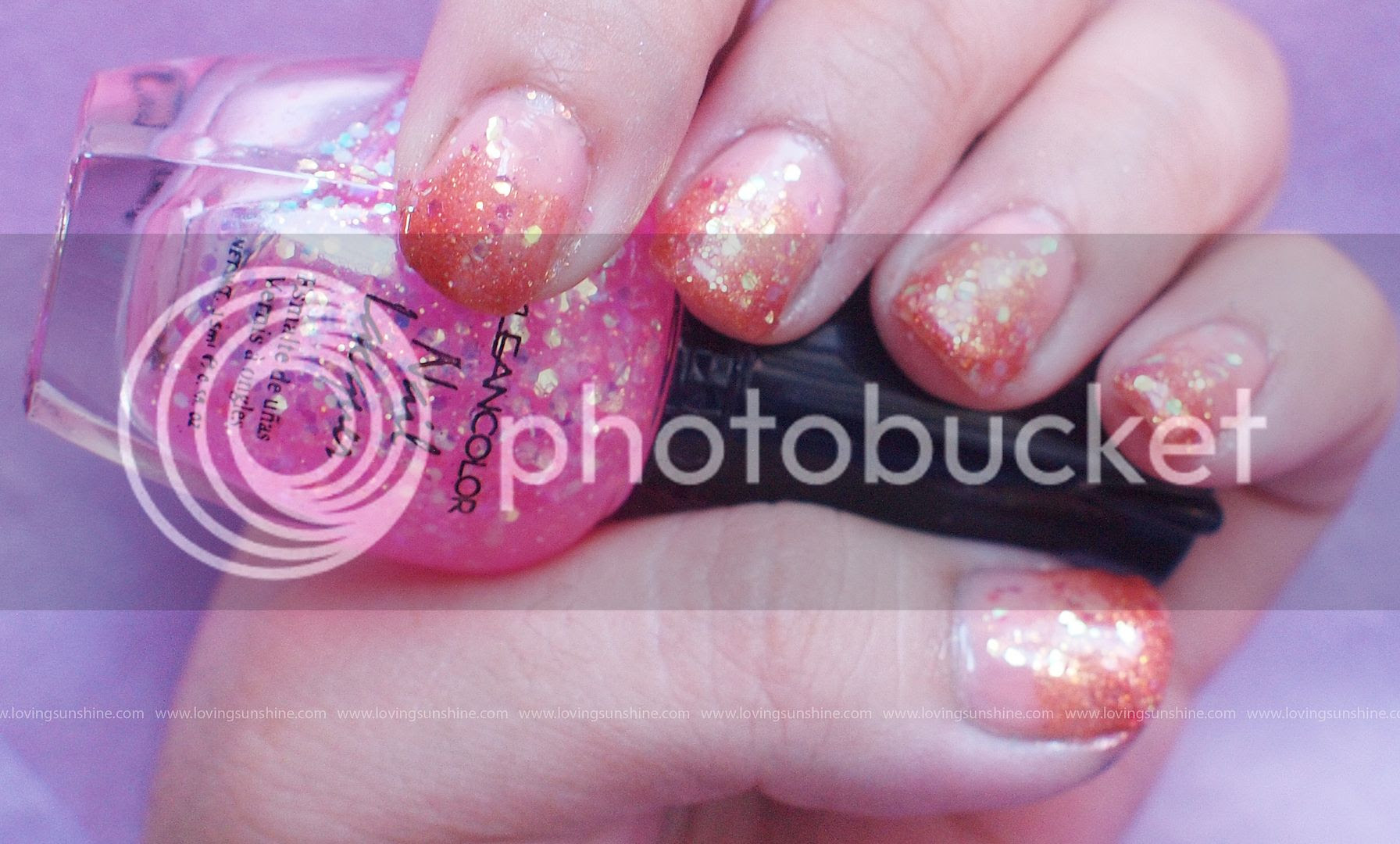 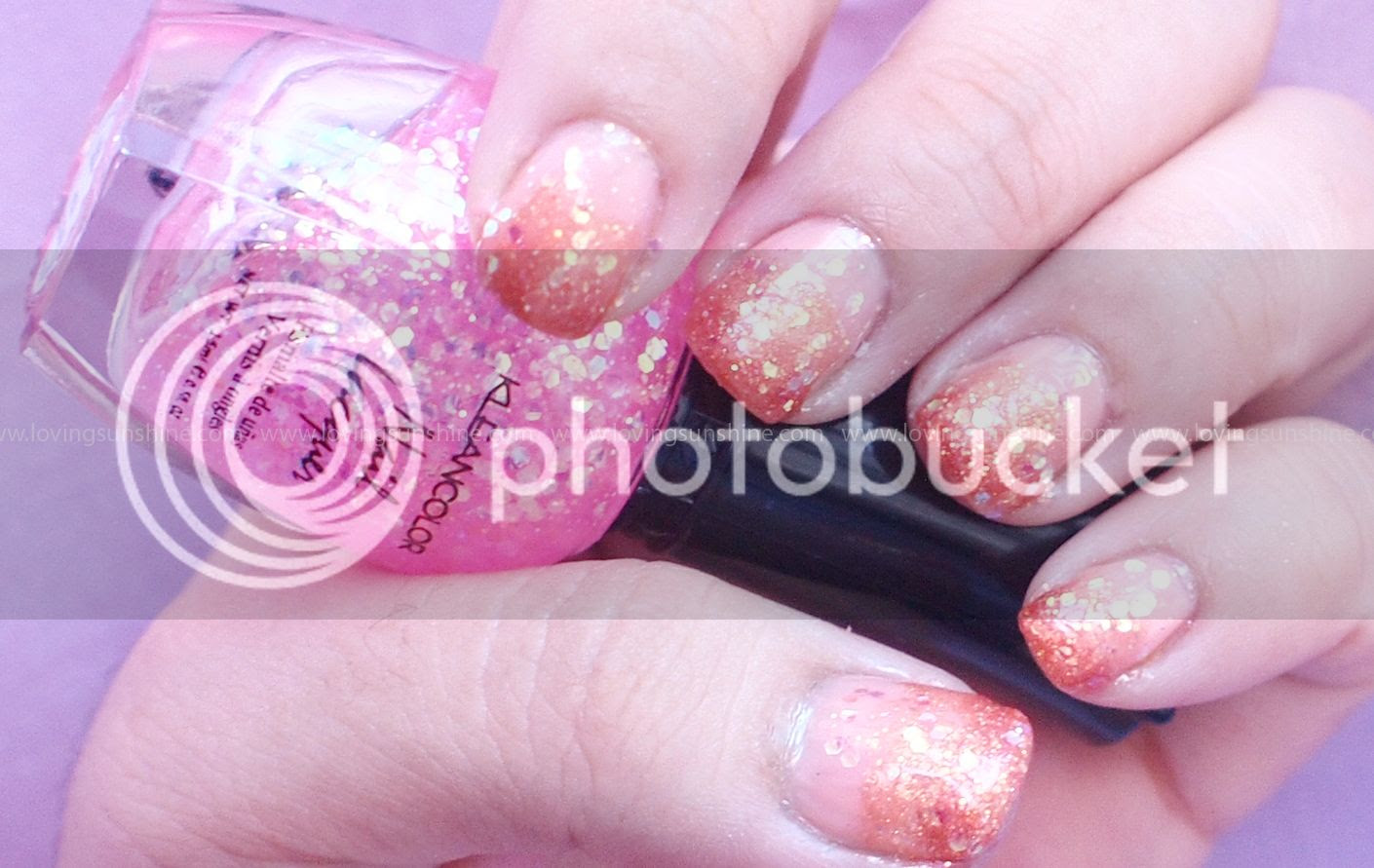 If you are to notice, it doesn't look smooth at all because it wasn't! I didn't like it so I removed it immediately. I was losing my sun so I had to hurry up if I wanted to get some nail photos done anyway! I used a nail solvent to dissolve my old lacquer and I must say it was wonderful and effective!

Like I said, I was losing sun so I had no luxury to do the gradation again. Instead, I just used the second lacquer as base... 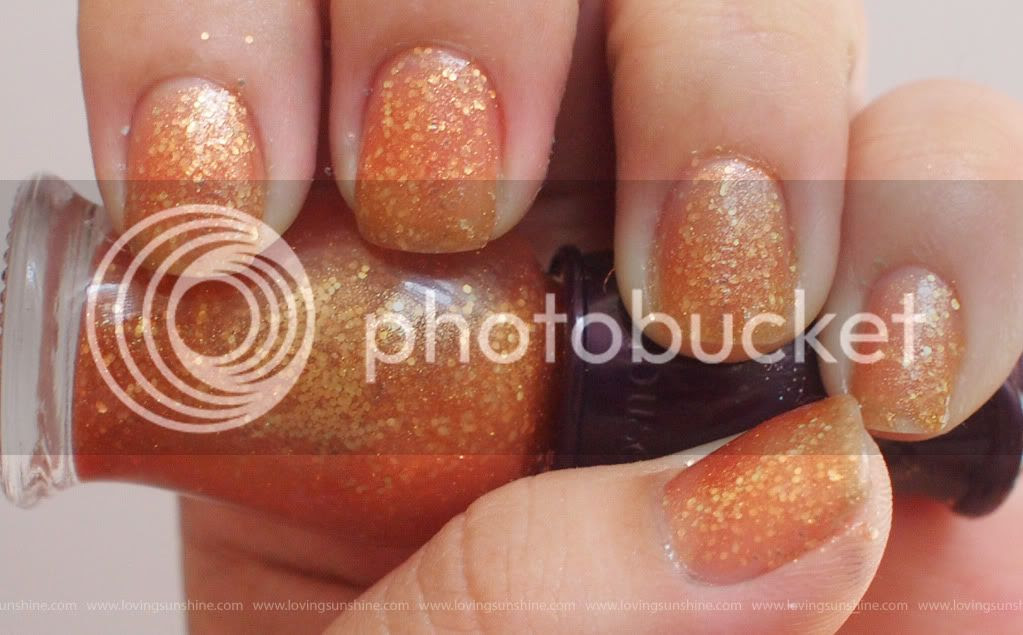 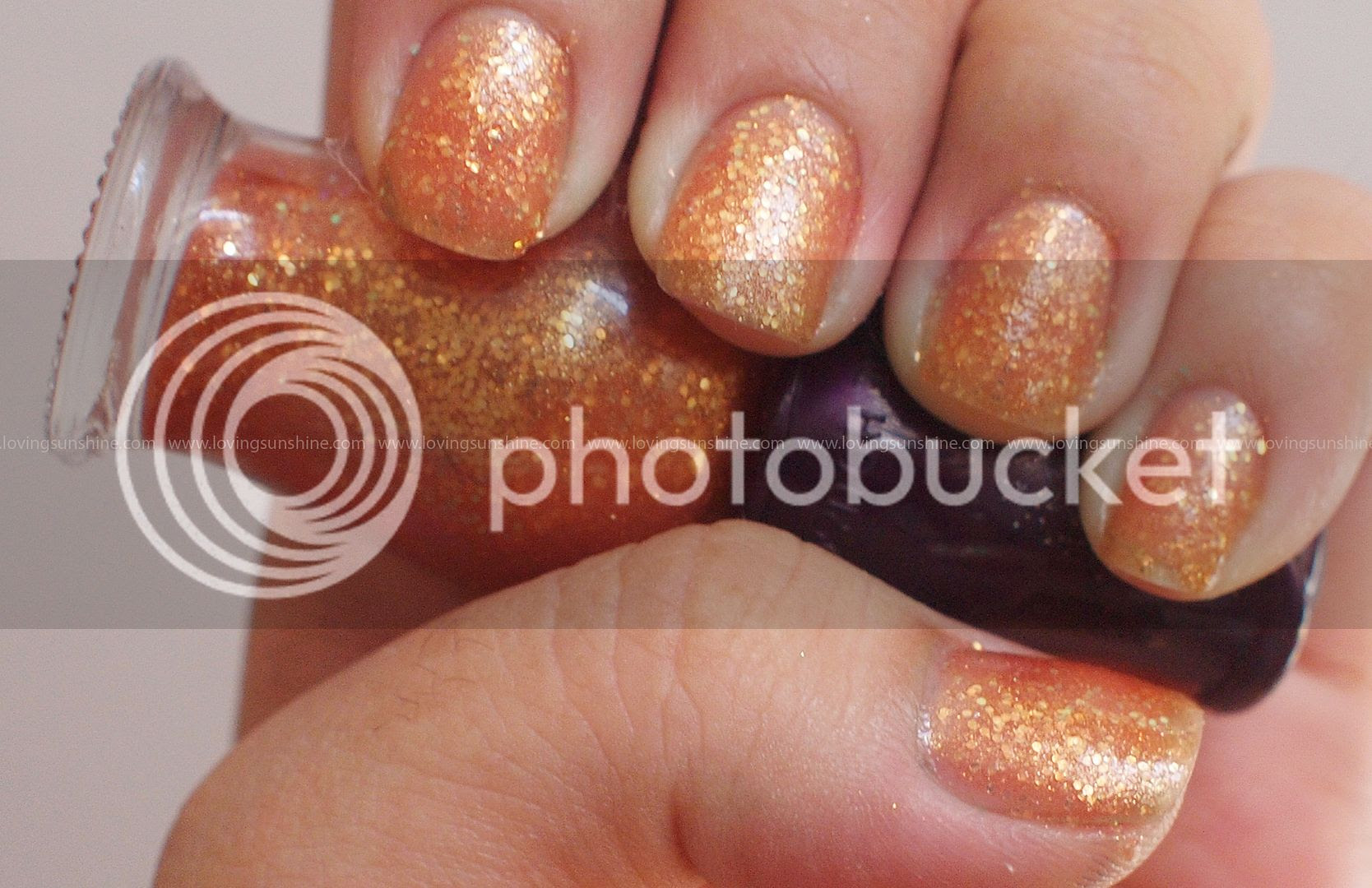 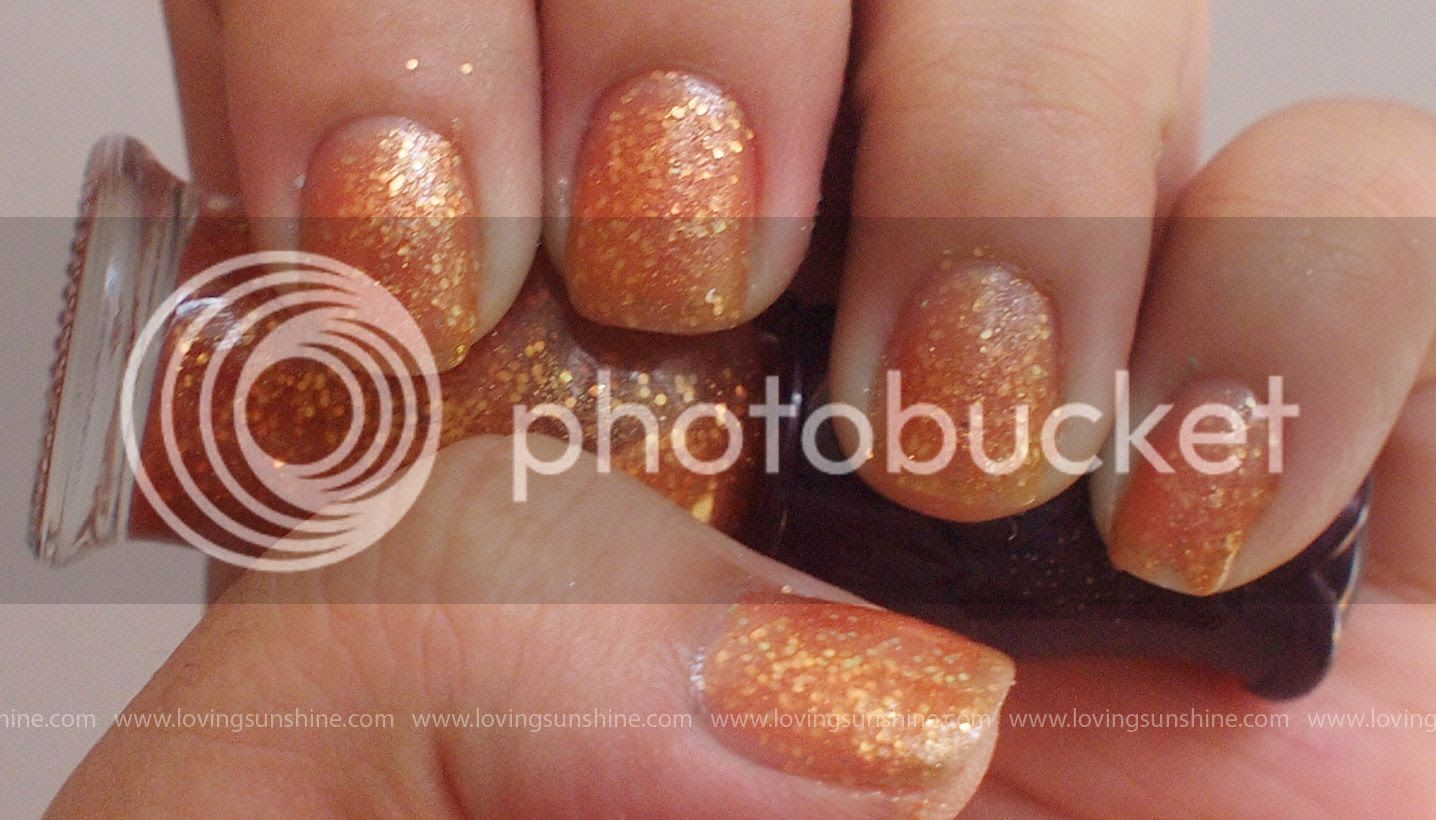 Then once again pumped up the glitter effect using Kleancolor Mix Signal. I have to say I'm not so fond with the color because it isn't bursting with joy but I think I'll wear it for another day or two just because it's now sunny and lovely everyday. 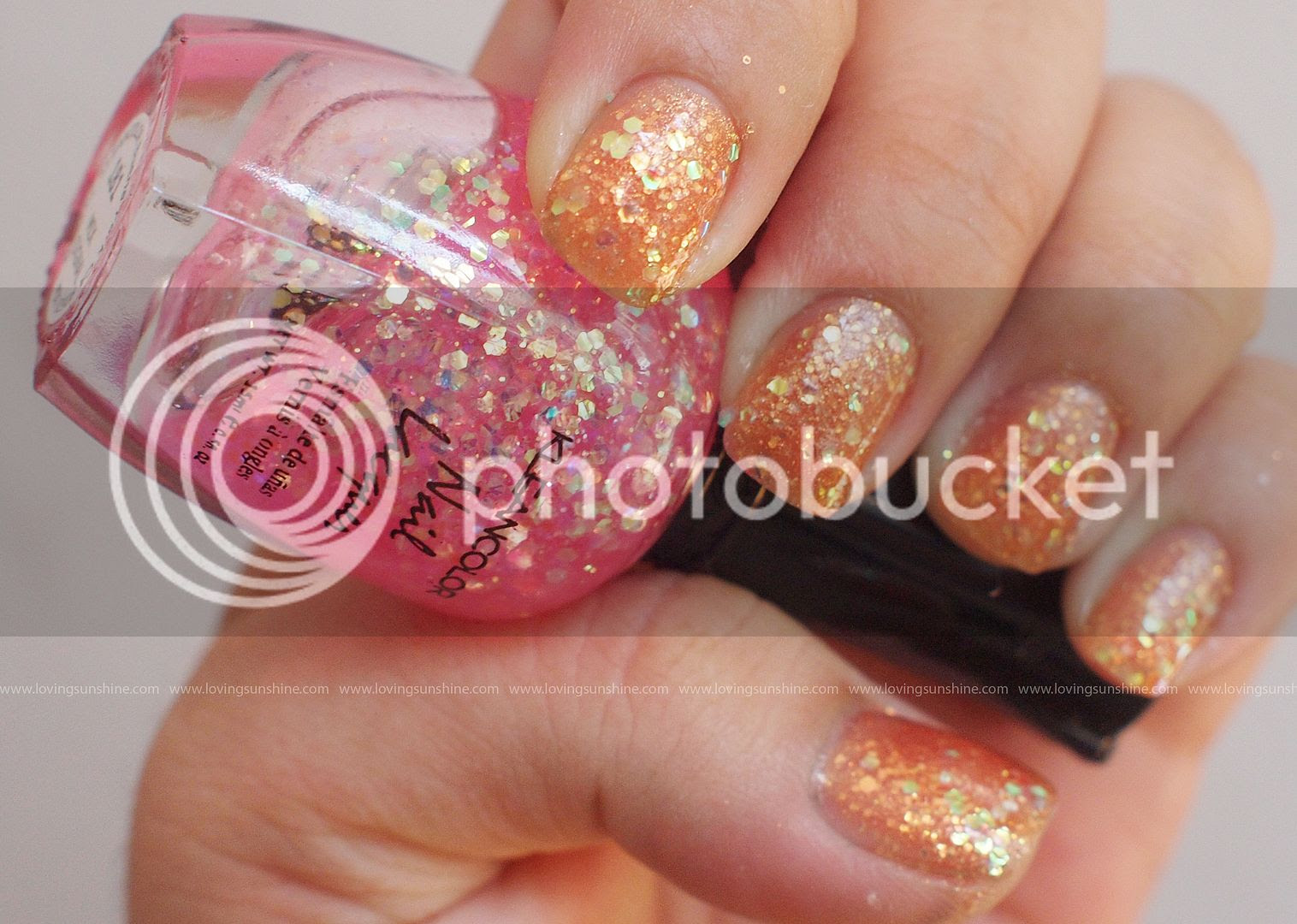 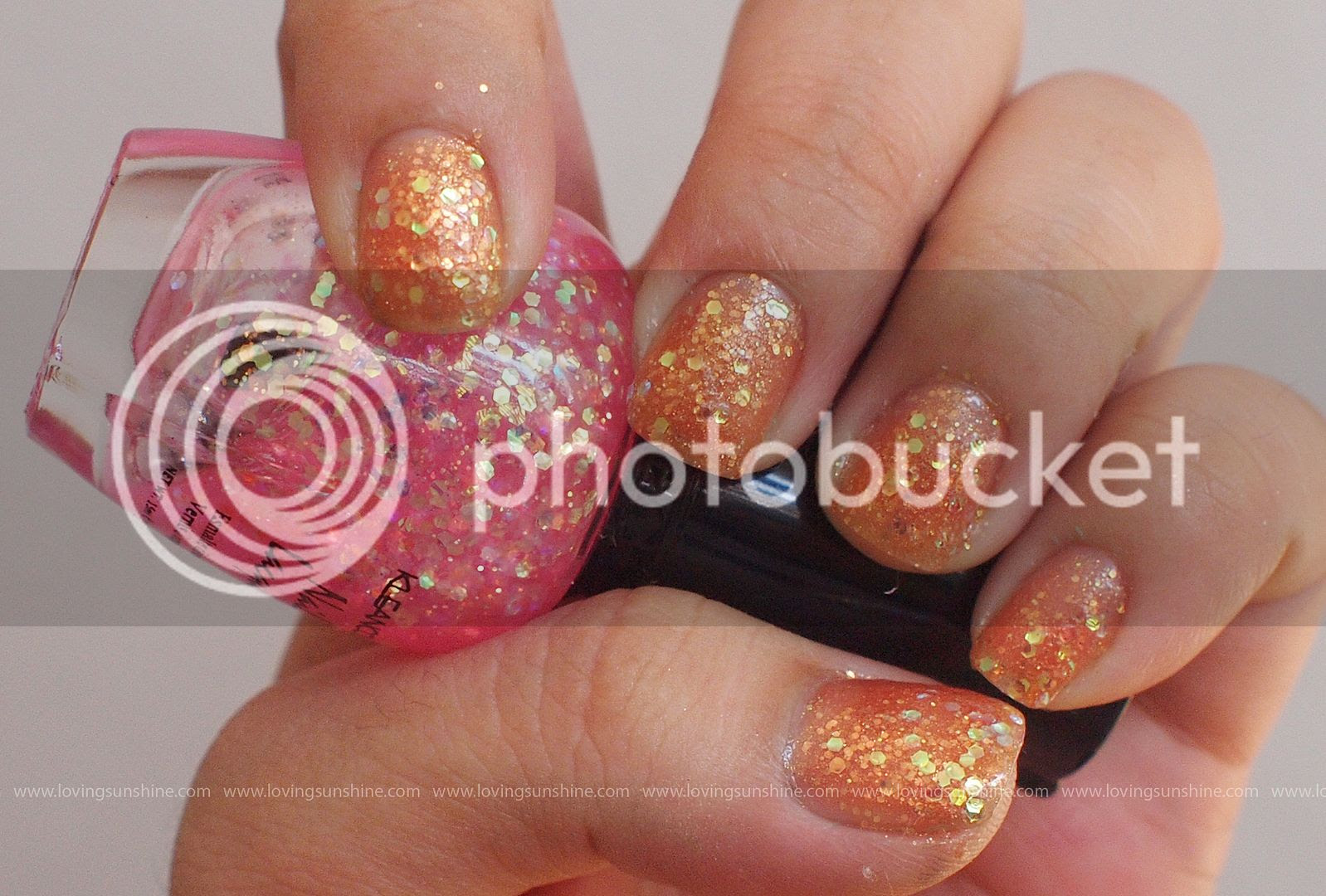 Oh, did your sharp eye notice the little mistake I have on my pinky nail? LOL It's most obvious on the base color photos! Uh-huh, I topped the Kleancolor polish because I also wanted to hide the mistake! Did it work? I think so! What do you think?

PS. You have no idea how dizzy I got after being exposed to Kleancolor THAT long! I hate how Kleancolor stink so badly! But I love their glitters, for sure!

PPS. I think it's obvious... Etude House nail polishes are the best!

KUMIQUOTE OF THE DAY:
Let feelings take you to places and always take your feelings with you. Your emotions make you err. What makes you err makes you beautiful.