My favorite color is green, that has remained the same since I was 13 years old (a decade ago!) Now, usually people have a certain type of green that they like. Or a certain type of pink, blue, red... But me, I like all sorts of green. Especially the weird ones! Here's the picture heaviest notd for the month. I just love this polish. I found myself calling my mani "booger nails" while wearing this very odd green shade.

Booger nails? You be the judge. Enjoy! 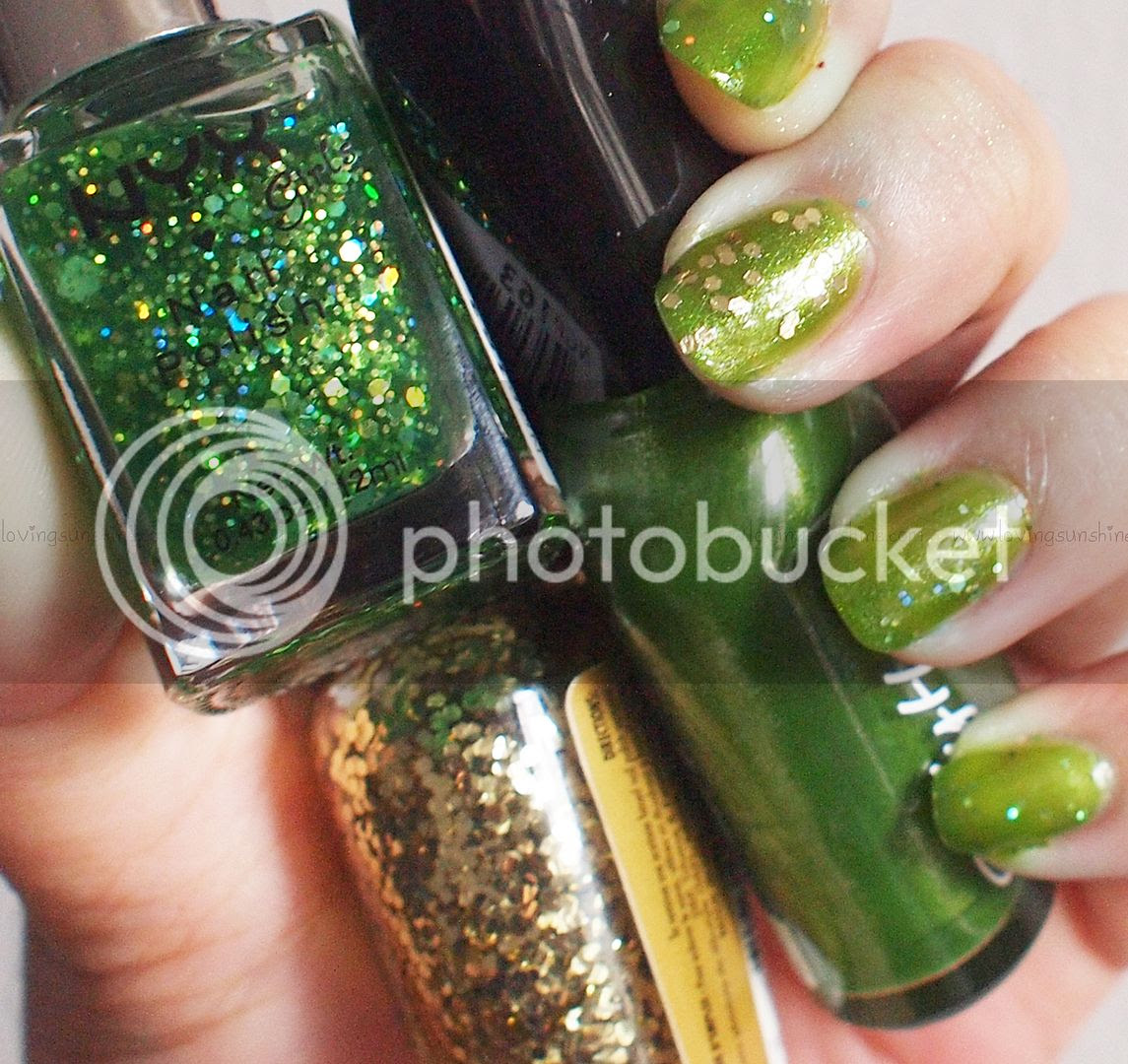 Star polish for this post is Sally Hansen's Hard Cash. I topped it with two types of glitter polishes for some added pizzaz. My ring finger received some golden love via Milani Jewel in Gold while the rest of my fingers were kissed with Nyx glitter. 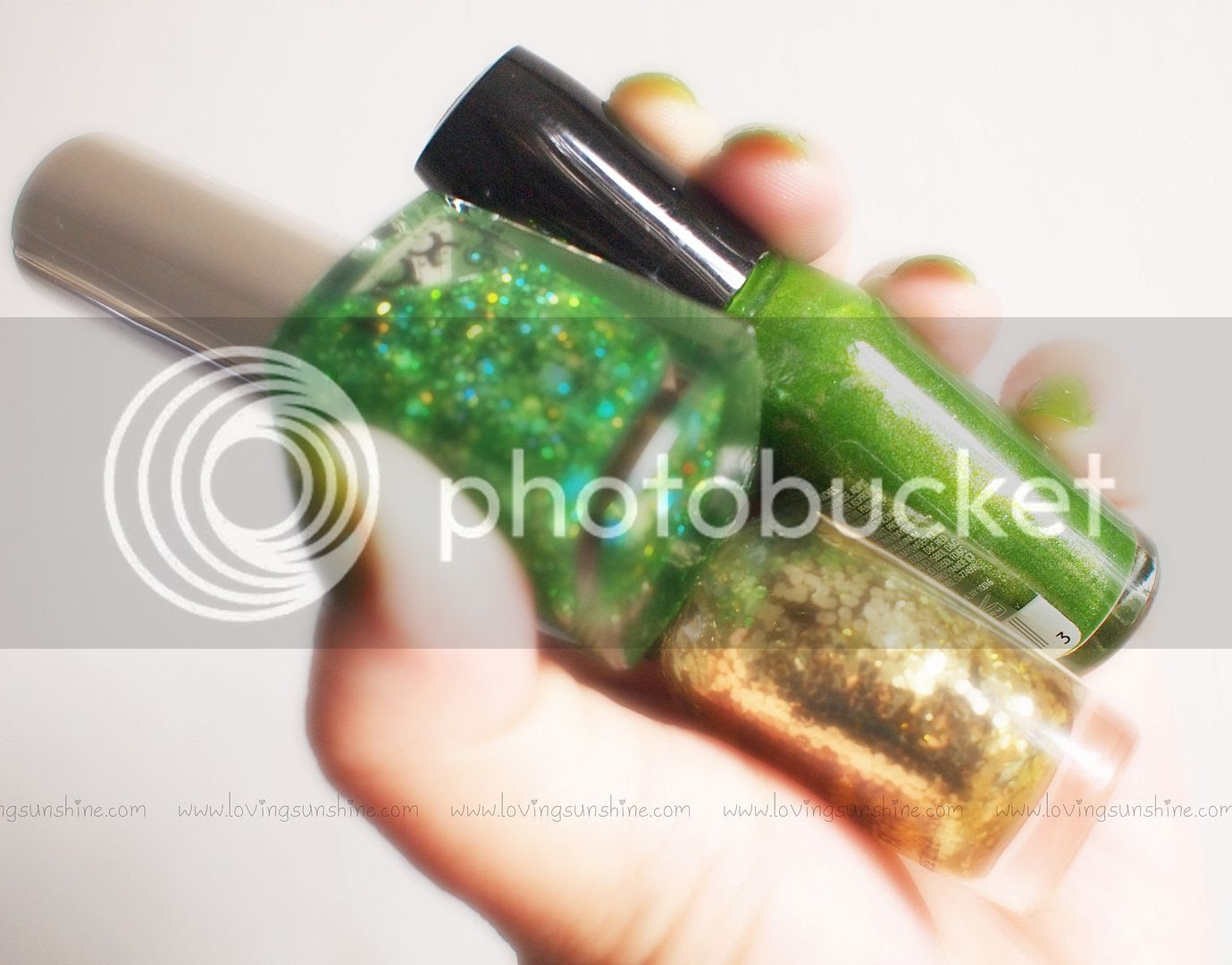 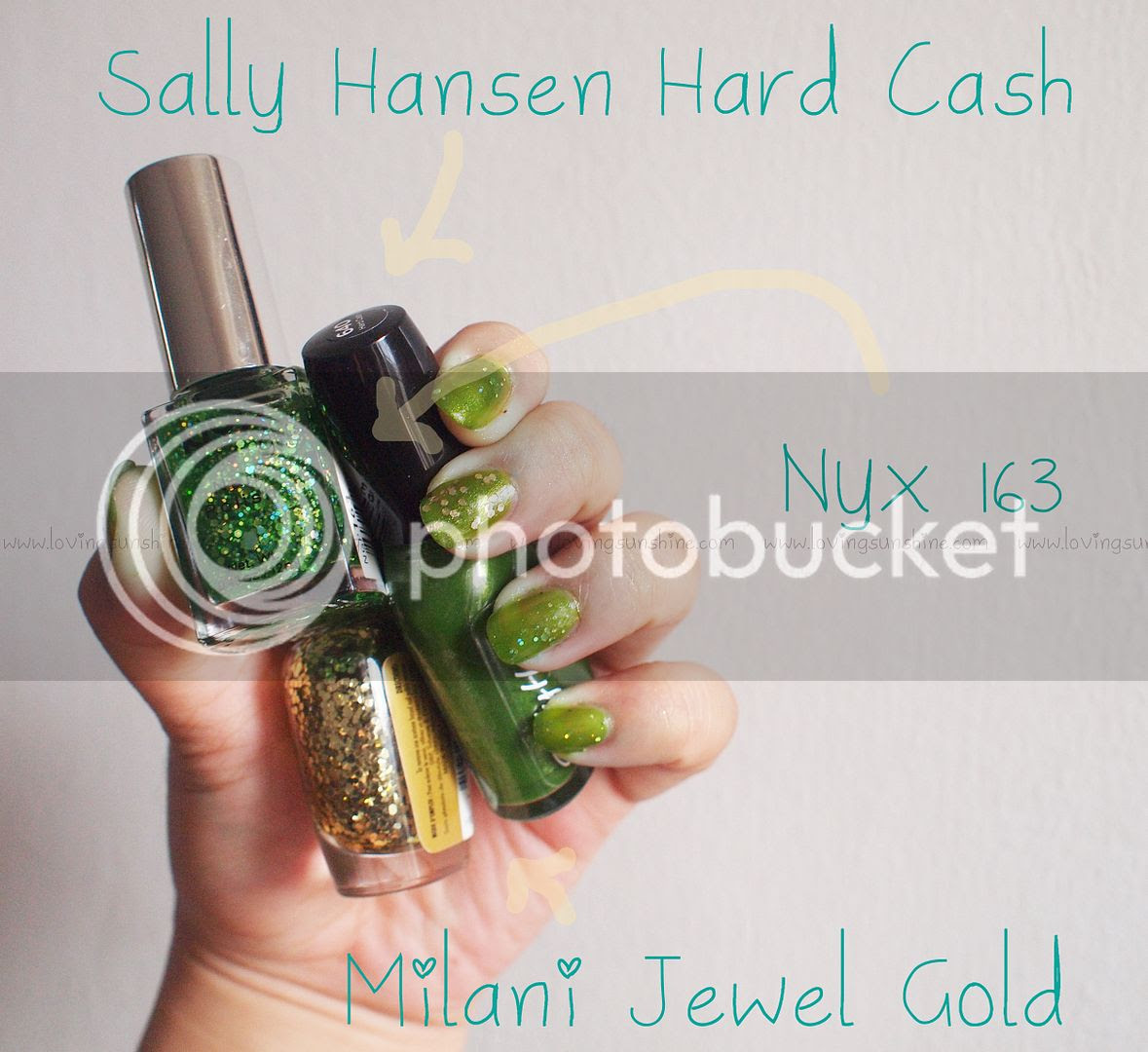 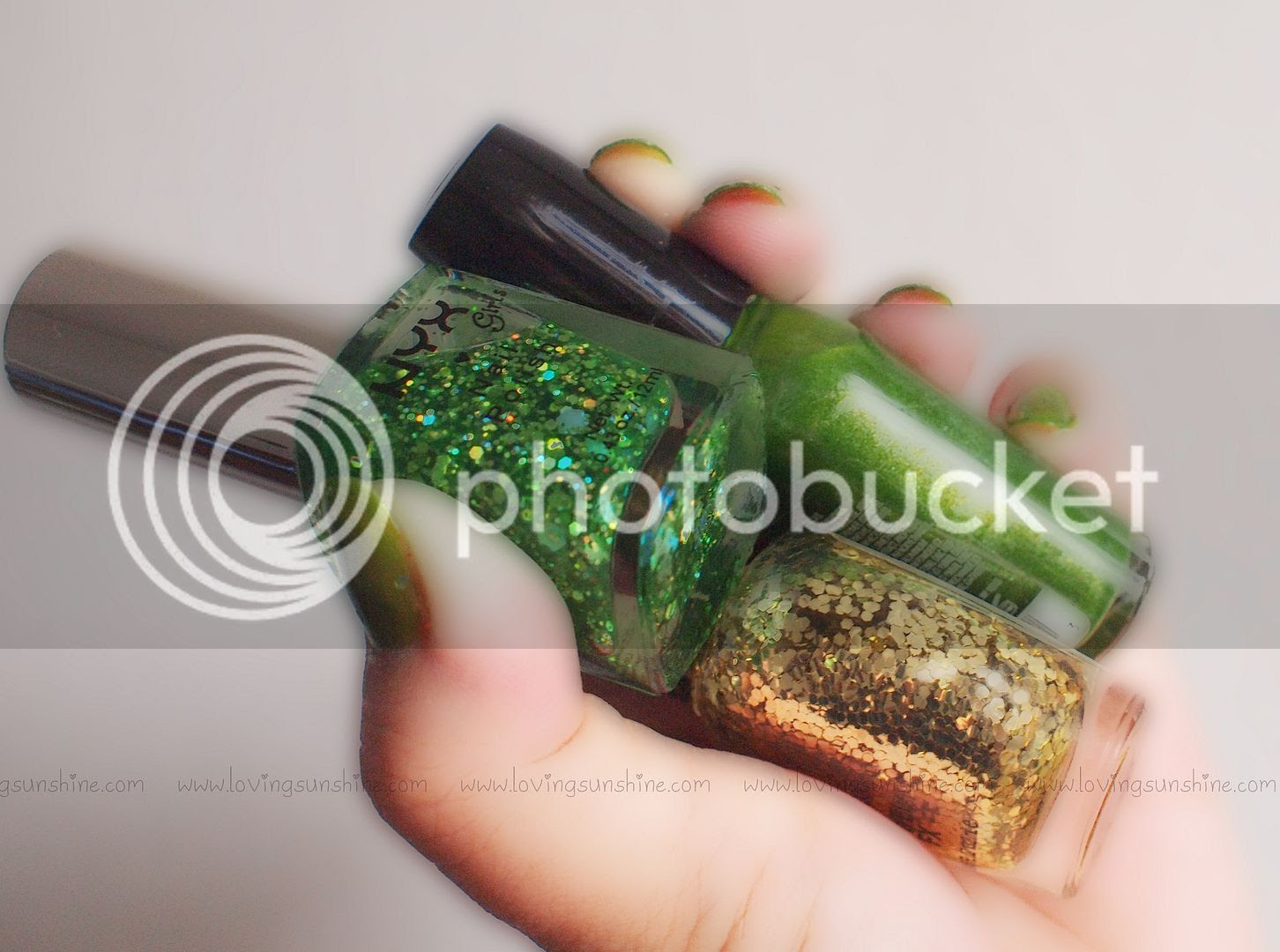 First thing, this is Sally Hansen's Hard Cash. It's just so unique. It's not very opaque, as you can see, but definitely a buildable color. I'm wearing three coats below. All the polishes I am using on this post was a gift from Joann of JellyKiss.com. To read more about the swap box she sent me, check out this post. 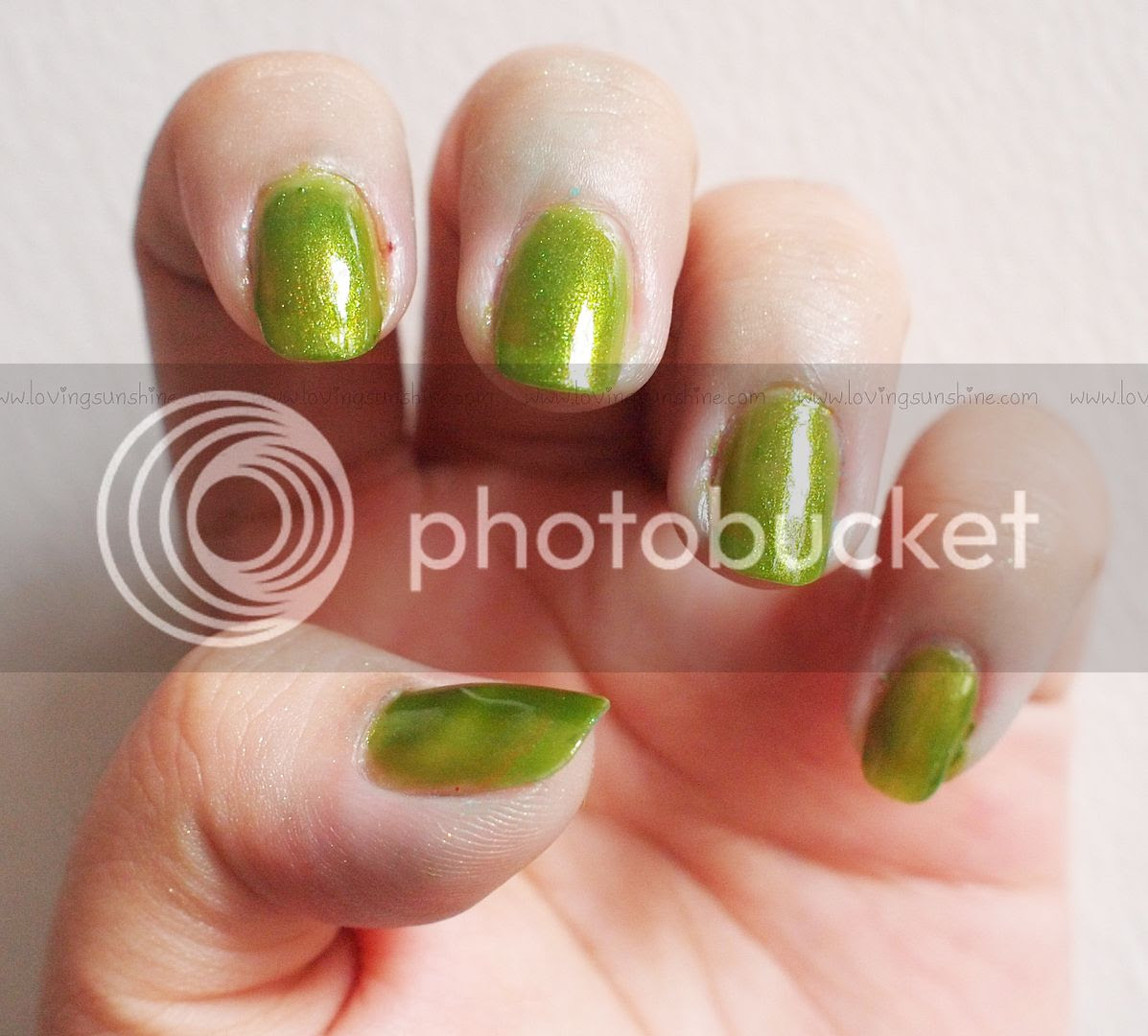 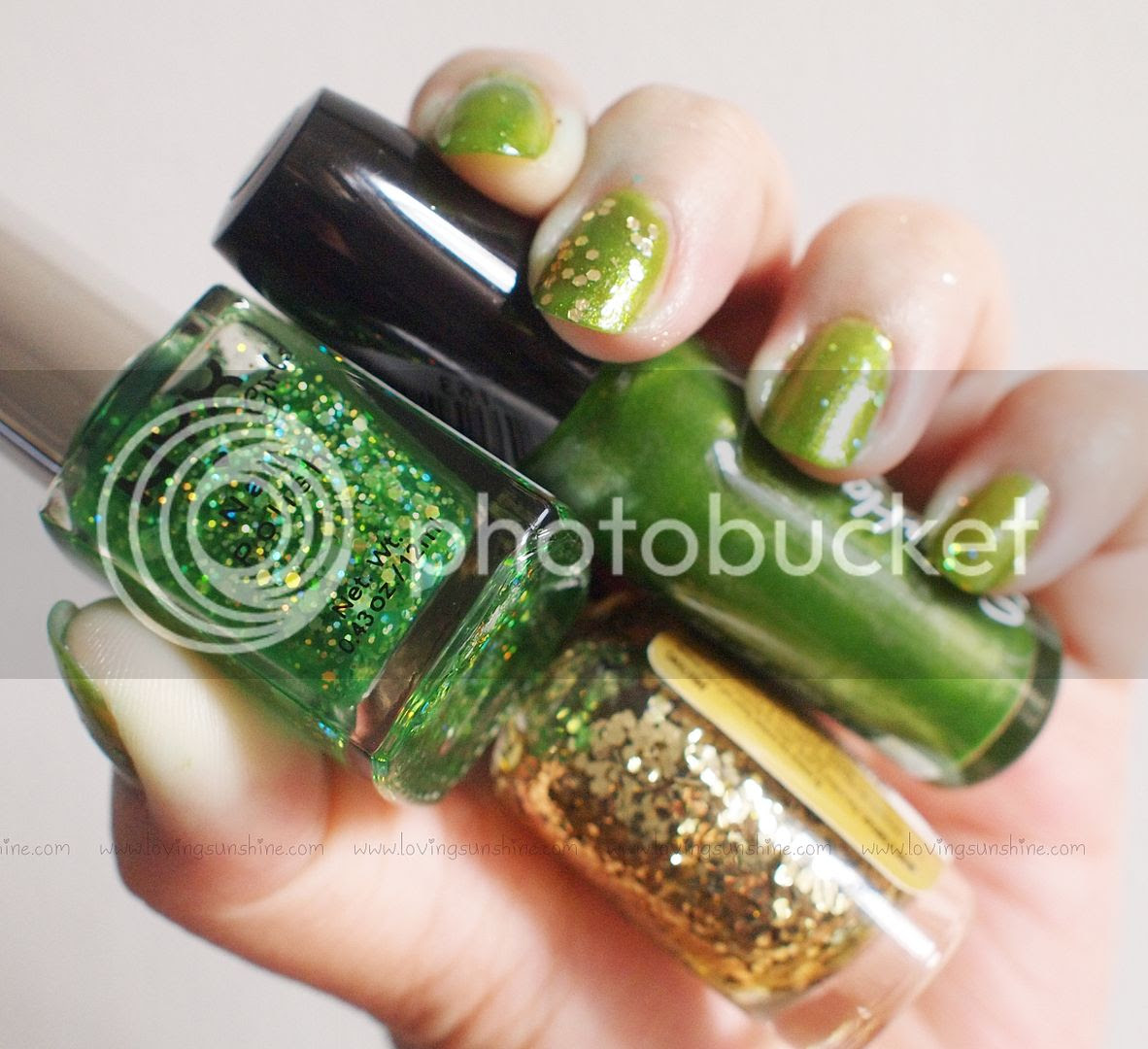 So anyway, like I said, I topped my ring finger with the gold glitter. I was hoping for a bit more striking gold feel to it but I totally miscalculated the yellow tone of my green base. The yellows in it downplayed the gold instead of make it stand out. The rest of my fingers were glittered with some Nyx love. In the bottle, the Nyx glitter looks out of this world lovely but on the nails, it was typical glitter. It was a bit hard to scoop out also, but the hexes have a very nice light reflection! Whenever light hits my nails, kaleidoscopes appear. 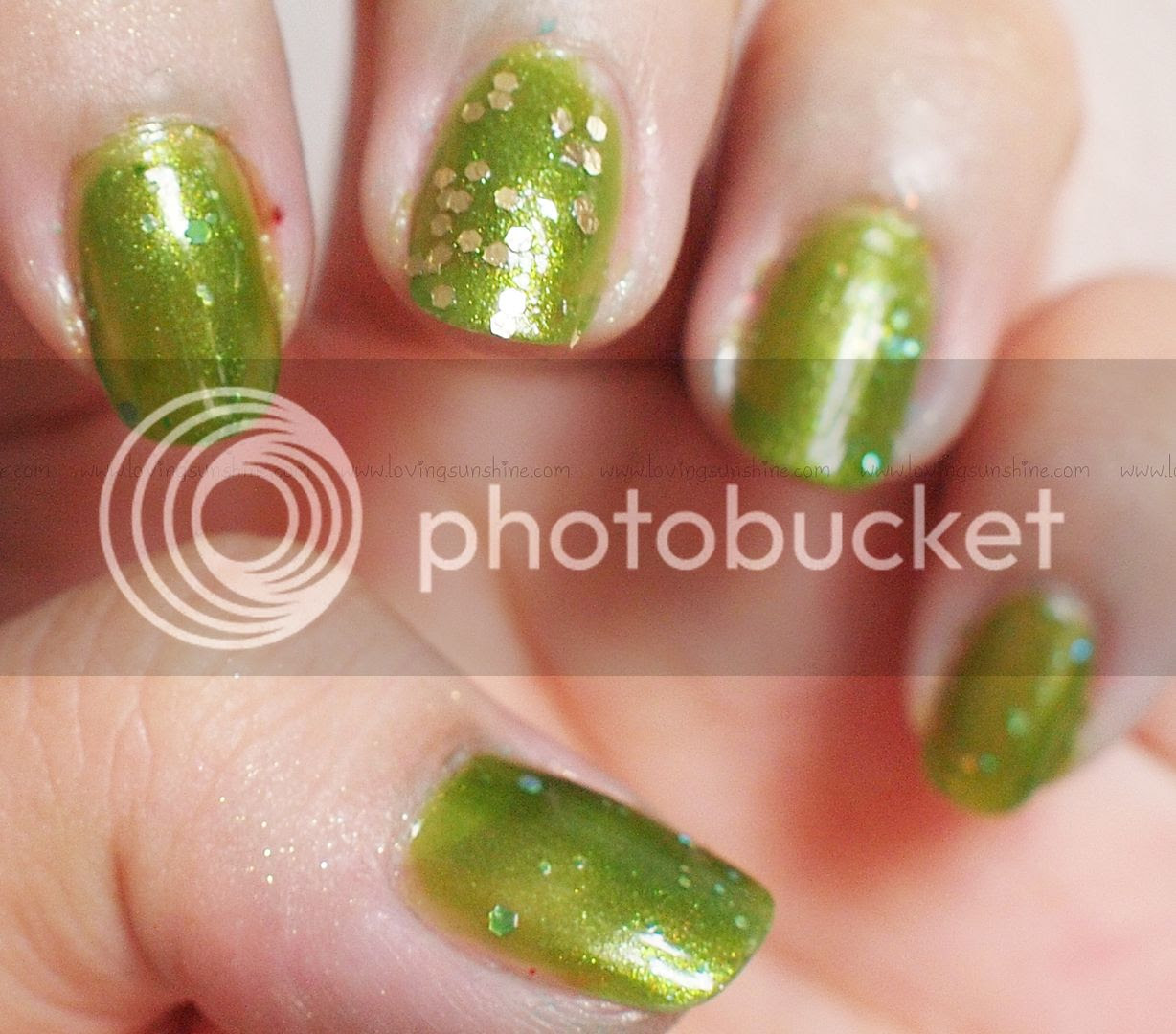 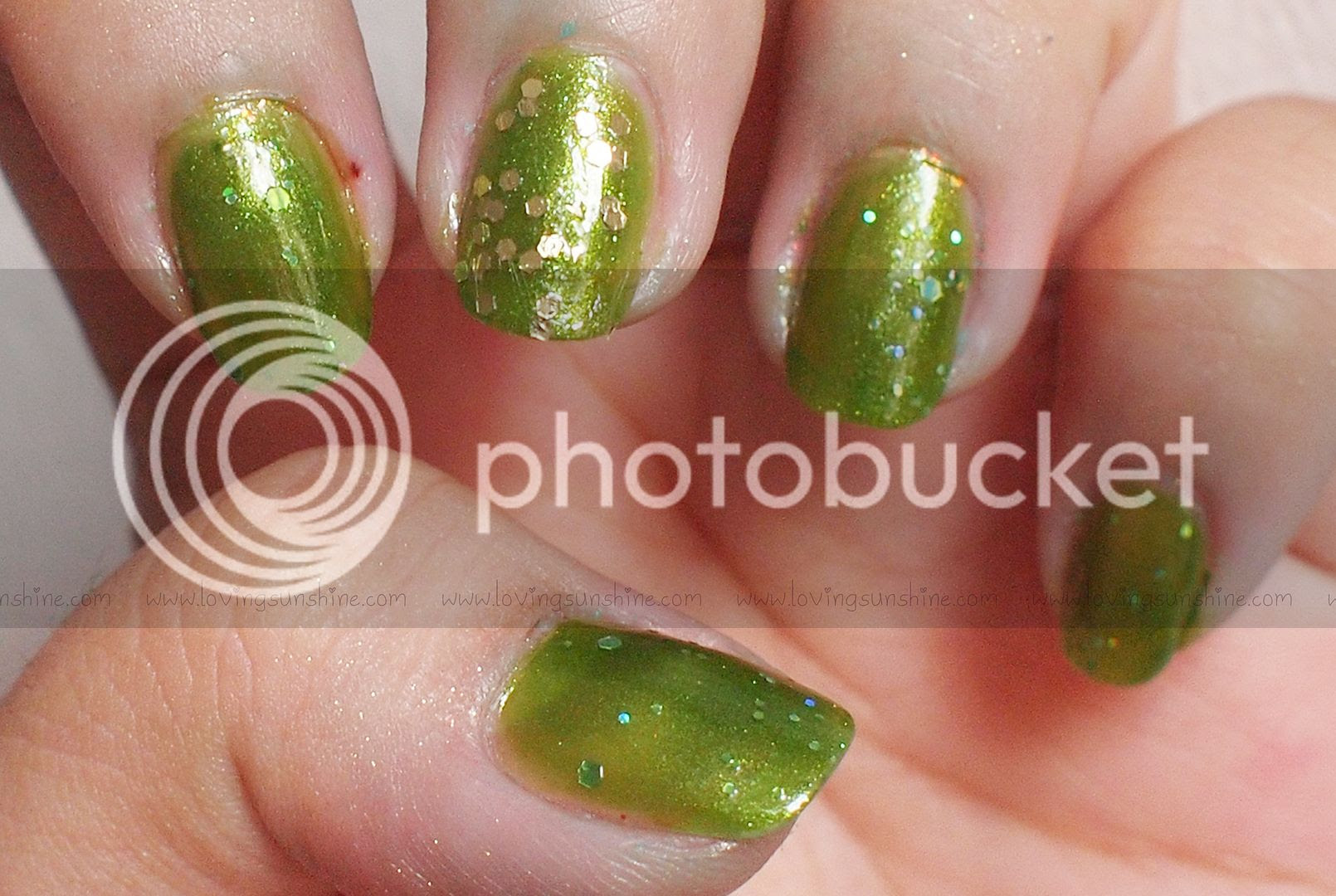 So basically, the best thing about this polish is the Sally Hansen Hard Cash on its own. I have nothing against the glitter but looking back, with the gift of hindsight, I can definitely just get away with Hard Cash alone. Sorry, I can't help it. How often does you mani share the shade of boogers?? OK. I'm so gross! 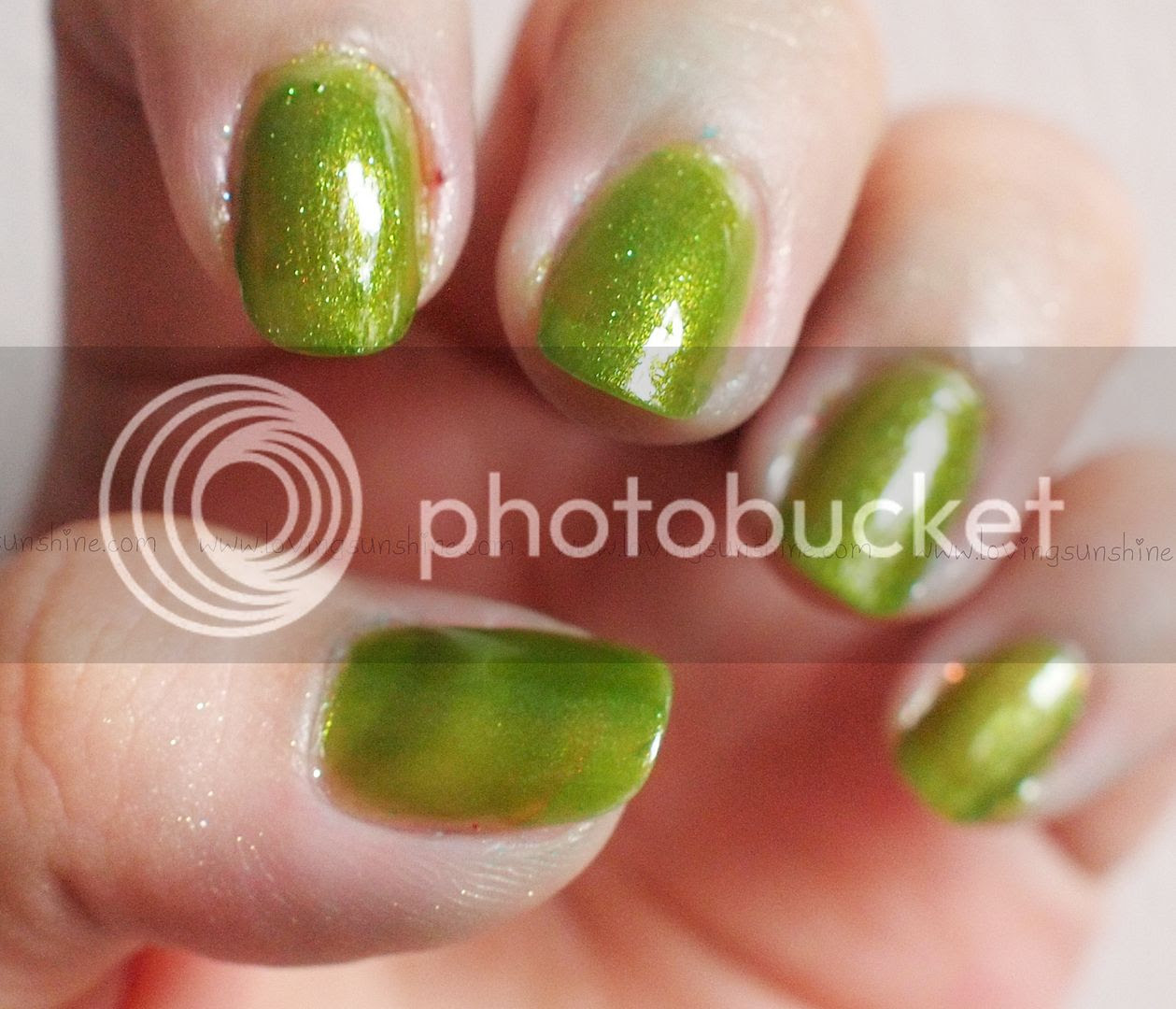