Having an escape makes the world of difference if you're suffering from a very busy grind. Be it a simple cup of tea or a grand change of scenery, having a place to go to makes a world of difference. Contrary to "assumed" belief, I don't spend most of my money on makeup. I get bankrupt because of books and food--which is just perfect because food nourishes my body while books feed my mind. I think, given the chance to choose between a Naked2 Palette and a boxed set George R.R. Martin Game of Thrones series, I'd take the book series. I want to have both but I want the book more.

So let me share with you my recent escape, dystopian societies. I've read and finished and have accepted the unbearable anticipation for the film adaptation of the second book The Hunger Games trilogy and loved it. This time around, I can't wait to share with you yet another dystopian trilogy that is full of young dysfunctional love story: Matched by Ally Condie. I already spoke about the first book here. Now let me get on with the second book, aptly entitled as Crossed.


Isn't it that they say you don't know what you have 'til you lost it? When I was in high school, I remember hearing a lot of that during those teenage heart ache and coping times. My young mind thought it was the perfect explanation for some of my mistakes. I thought it was so wise--until I grew up and realized it's not an explanation. It's just an excuse--a justification in vain. What I learned is, nothing can ever fill the gap. 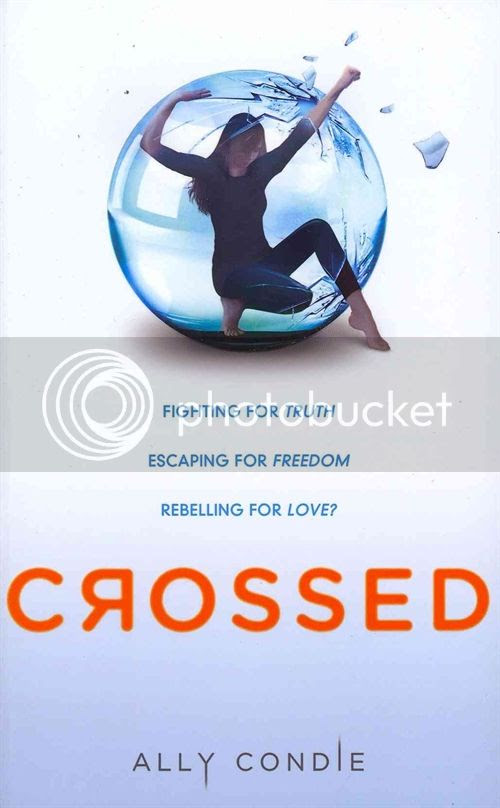 Crossed, Ally Condie's second book from her dystopian trilogy, is about crossing the line to fill that gap. If you're the type who have lost something and felt that loss so deeply it moved every step you take since, this second book would be a page turner for you. Personally, on the surface it is about having lost love and fighting back to find it back; but between the lines it's about discovering what you stand to lose if you don't fight at all. In a way, this book is also about guilt than simply romance.

If you want to know more about the trilogy, I talked about the first book, Matched, here. The third book is yet to come but until then, let "Absence feel like presence..."