Earlier in the beginnings of nail polish, most lacquers were simply reds because polishes were essentially made to match women's lipsticks, which were also mostly reds back then. In fact, polishes was allegedly derived from the concept of car paint! Personally, I'm happy that brighter and more fun colors were developed for nail polish enthusiasts because after trying on a red polish look today, I realized I'm not meant to wear red nails! 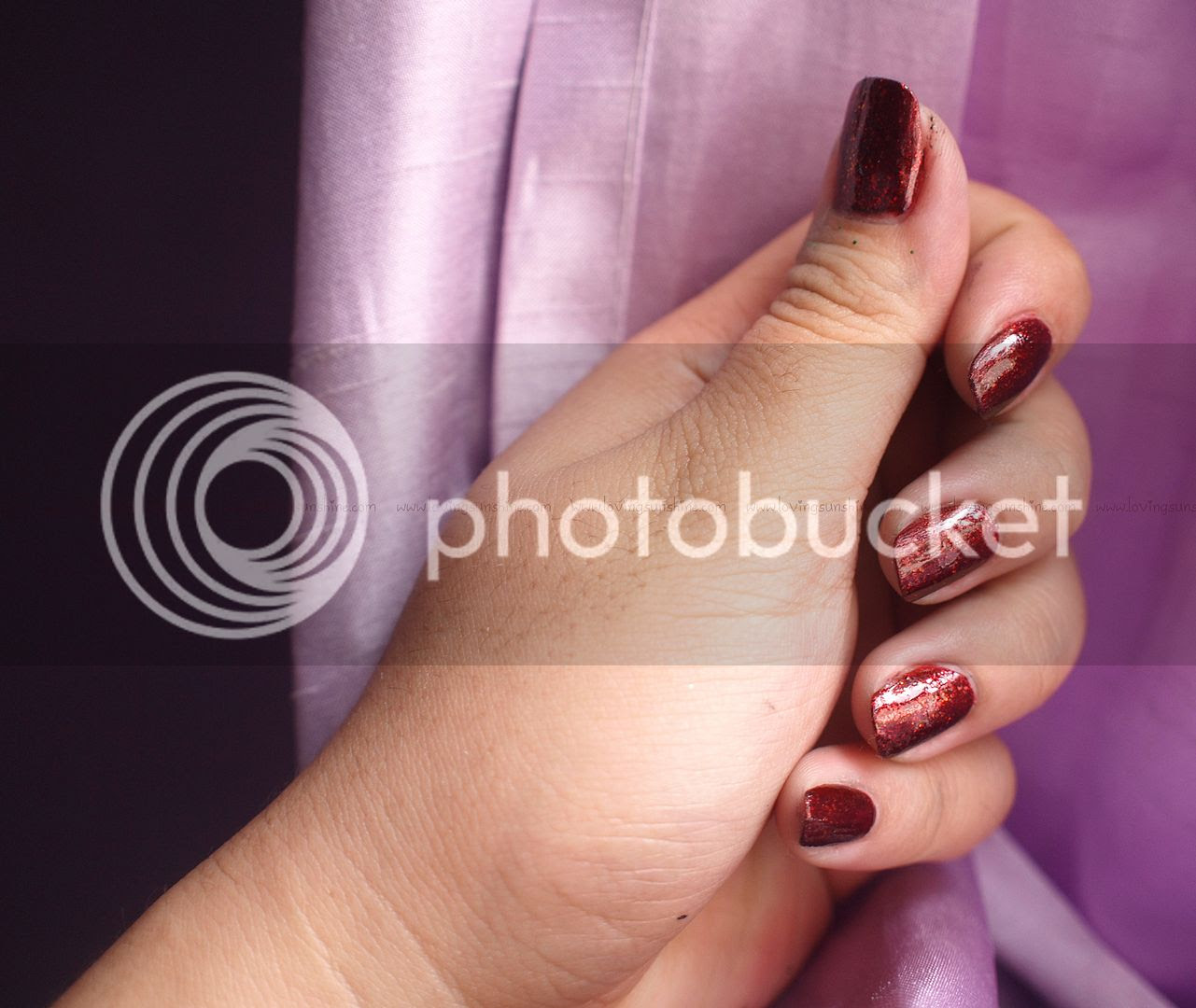 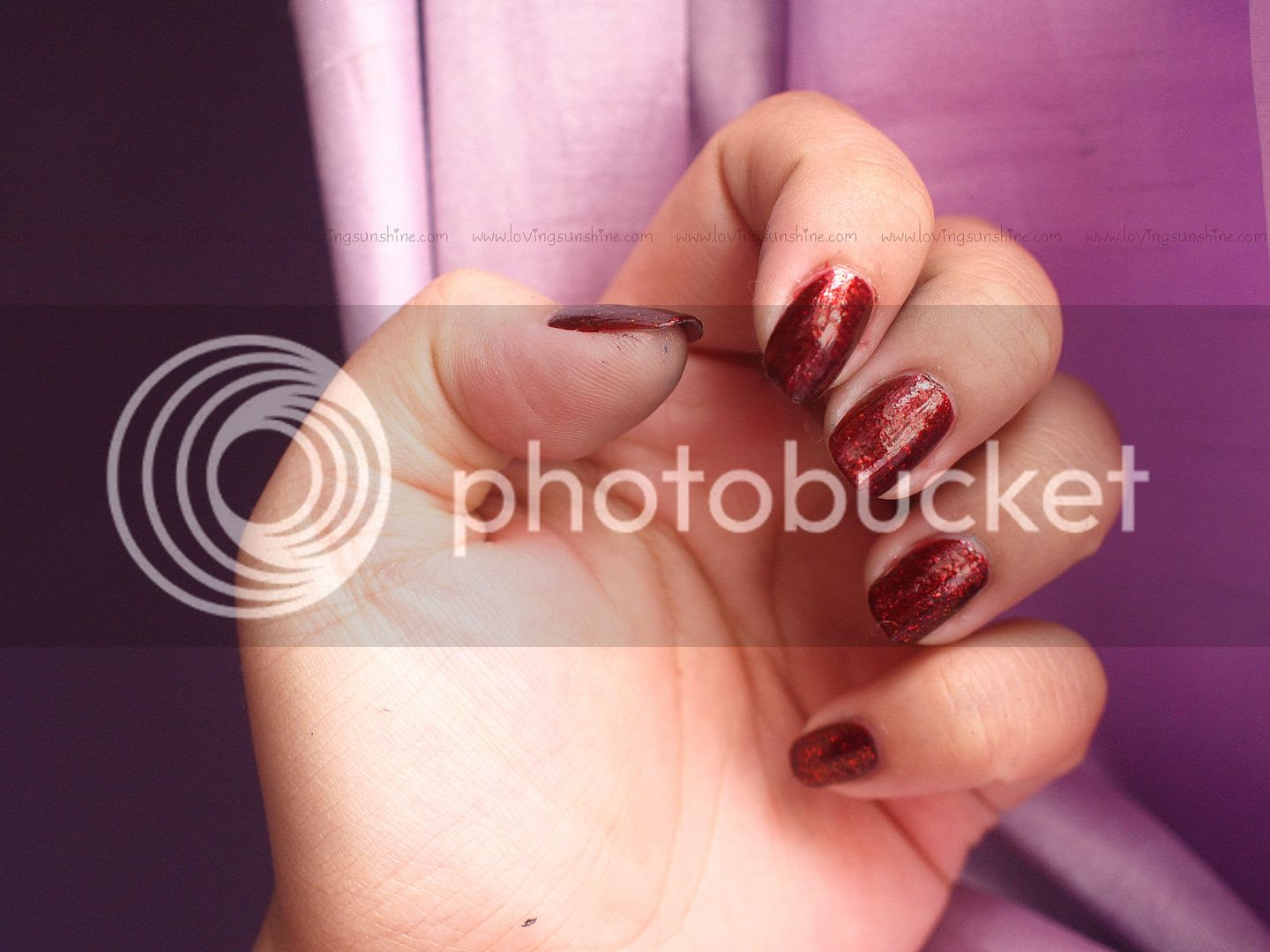 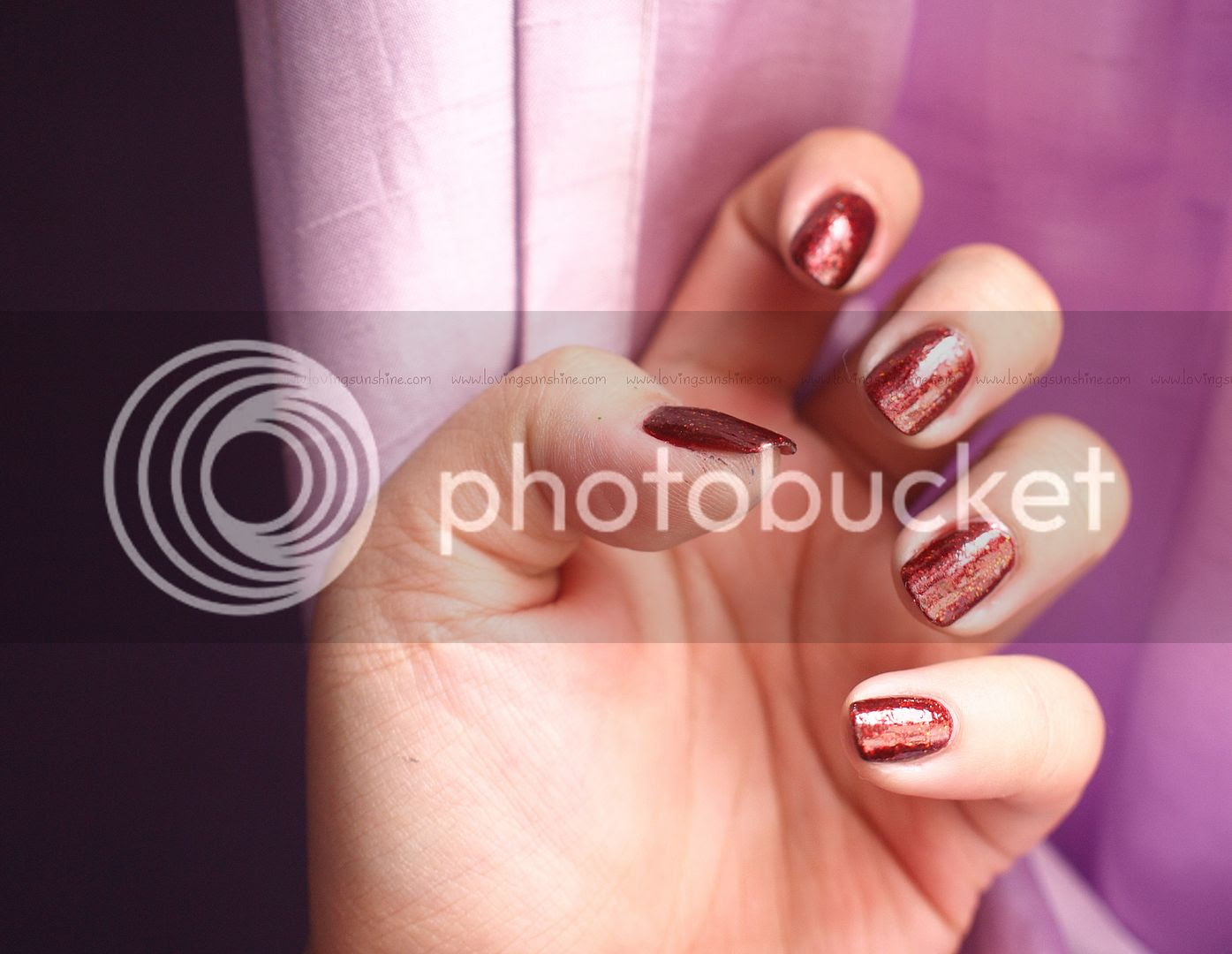 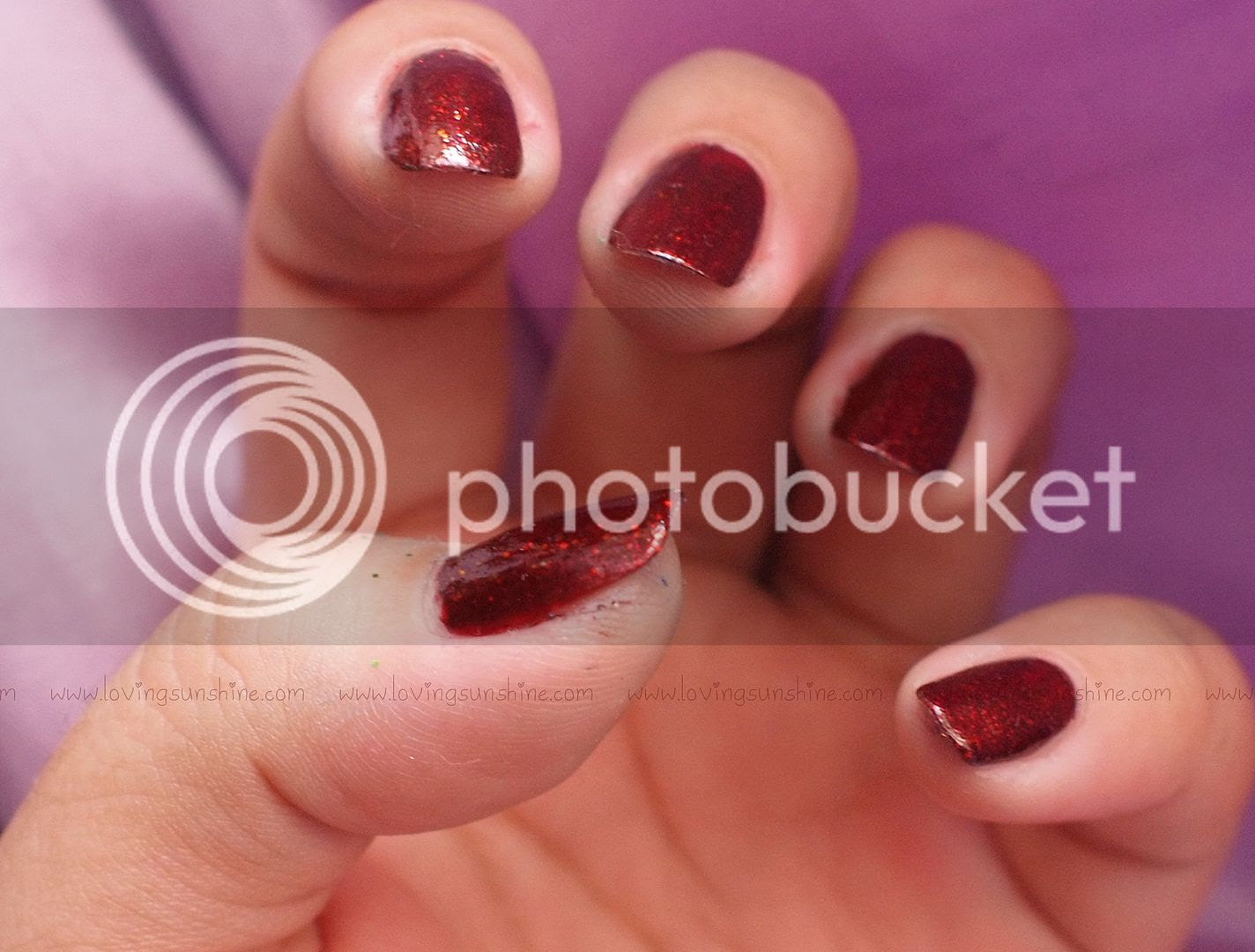 I'm wearing Nicole Sounds Grape To Me as an underwear polish for the shimmery red layer of Kleancolor Chunky Holo Scarlet that you see. As a newbie in the nail polish world, I am starting to realize the importance of using a good underwear polish for sheer glitter finishes. For this combo, because the Nicole polish is opaque enough, the Scarlet glitter polish really had something to work its magic with. I'm using only one layer of Holo Scarlet. I'm also not wearing a top coat in the photos. PS. Sorry for the less than perfect application. I was on a nail polish changing riot that day. Promise to do better next time. Caw Caw-Rawr!