OKAY LADIES, WEEK 1 WAS SO SUCCESSFUL, NOW LET'S FACE THE GLORY OF WEEK 2! Don't forget, we have 8 giveaway weeks and each week we're having two winners so you might just be one of those 16 happy people! Read more below! Don't forget to read my follow-up script after my post signature!

I think there's nothing more beautiful than having the wind on my hair!

And because I love my curls... I celebrate them through color!

If there's one thing I love doing, that would be coloring my hair. I used to be all intimidated by the whole process but now I just love it! I love doing it myself cause it's more fun that way. Yes I don't get the most perfect results (since I can't color my head evenly-need practice!) but I noticed I'm getting better at it--hurrah!

I used to be afraid of hair coloring because I see these people sporting "walis-stiff" hair but when I dipped my locks into the right products, my fear just vanished. Since it is HBC who's sponsoring this giveaway, may I share my experience using HBC hair coloring creams? :)
Before 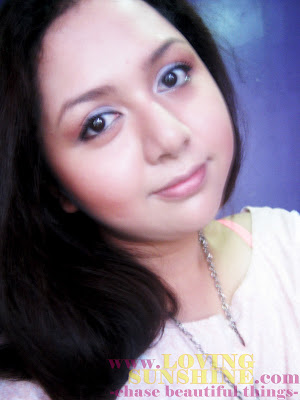 Visit this blog for the entire scoop.
This week, it's all about color too. Join this week's giveaway and win yourself some prizes! Two winners will be randomly selected so I'm urging you to be part of this event. :) Healthy, flowing locks with a subtle touch of color. A week of great hair starts right here.

I fully understand how some of you might find it scary to go DIY so to the first timers out there, HBC's HP (Hair+Perfection) Color Hair Spa treatment is the perfect, well, treat, because it combines the benefit of cellophane and hairspa treatment in one! Simply fill up the form below to win yourself some!
Don't forget what Mama Oprah Winfrey said, “the right hair color can transform your looks - enliven your skin tone, cover grays, and add sparkle to your eyes.”
Enjoy! Contest will run until Nov.20.

Speaking of hair color, who loves Kate Winslet say Aye in the comments! IDK if you heard but I've been waiting for this since uhm LAST YR? “Titanic 3D” trailer will have its maiden release on 20th Century Fox (Philippines) Facebook page and www.Clickthecity.com on November 16 (Wednesday).

A cautionary epic action-romance based on historical facts, James Cameron’s “Titanic” sets sail once again in Philippine cinemas on April 7 (Saturday) in 3D starring Leonardo DiCaprio and Kate Winslet.  First released in 1997, “Titanic” has remained the 2nd highest-grossing film of all time.

The largest and most luxurious moving machine ever built, Titanic is the pride of the White Star Line and at the time. Touted as the ship of dreams, Titanic carried over 1, 500 people to their death at the waters of North Atlantic when it hit an iceberg early morning of April 15, 1912.

On board “Titanic,” the journey also sees ambitious fortune hunter (Bill Paxton) who is determined to plumb the treasures of this once-stately ship, only to bring to the surface a story left untold.  Amidst the thick crowd of well-wishers before the ship’s sail, Rose and Jack would soon meet that would change their lives forever.  Rose, a 17-year-old belonging to the upper class American society is suffocating under the rigid expectations of her time suddenly finds herself drawn to the free-spirited steerage passenger Jack.   Rose and Jack's forbidden love begins a powerful mystery that ultimately echoes across the years into the present. Nothing on earth is going to come between them -- not even something as unimaginable as the sinking of Titanic.

Admit it, you know that signature arms spread out post and you can't wait to see it in 3D too!

From 20th Century Fox, Paramount Pictures and Lightstorm Entertainment, “Titanic” will be available in 3D and 2D digital screens to be distributed by Warner Bros. in the Philippines. hurrah!