Again, in an effort of being more informative, I have placed various links of my keywords. Enjoy and learn, with me. :) 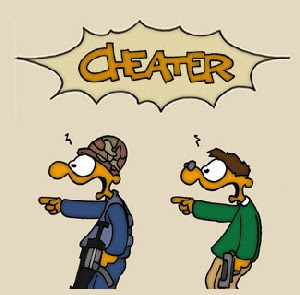 Well, I really don't have the right to call it a Master Cleanse diet BUT I'm trying my best. Like I said, I'm undisciplined, not-so-crazy-and-in-a-hurry to shed pounds. I just want to win my bet on August... and I want to make the world suffer. (That's an inside joke between me and, me!).

I succeedded, in a way, in remaining true to the Master Cleanse diet the whole day. It was during dinner time that I failed. I couldn't say no to the Steamed Tilapia, upon seeing the tomatoes, since I trule love tomatoes. I thought, it's steamed. It wouldn't be as sinful, so I had.

I felt happy though. I don't feel (too) deprived and that's key to any diet, right? So off to the next day. AND in my defense, I did this month's Women's Health workout. The one that focuses on getting the best glutes and thighs and legs, oh did I sweat! I also did a nice short jog on the treadmill... so hard talaga to jog on the treadmill. Easier outdoors, but I had no choice because it was too dark outside already.

Earlier this morning I tried the Salt Water flush. In less than 30 minutes after drinking my solution, I threw up, yuh. :(

I don't get sick, easily, but of the many years of non-hospitalization, I've been hospitalized twice, I think, due to dehydration. So that makes two out of three, one because I had dengue. Being overly quick to justifying things, I think it's safe to safe I am a sucker to dehydration... so the Salt Water flush was honestly what I feared the most about the Master Cleanse diet.

I'm scared to go through it again in the mornings to follow. I hate gagging, vomiting, feeling nauseous. To save myself I has two matchbox sized yellow fin tuna steak (because I felt so weak, and scared that my mom completely take it against me if I get sick) and regular french fries (because I felt so tempted, so much for my Facebook status haha!).

Anyway, I have all intentions of keeping my 1000 calorie allowance for my "easing in" period. After say four or five days, I think I'll be ready to completely go solid food-less.

Thank you for those who supports, would support me on twitter #sexykumi.