IN THE NEWS: Rockstars won over Heavy Rain

To begin with, I had to do some roundabouts for an article for Spot. It's something that goes totally against my plans for the evening, which was to rock the Rock and Run marathon--but what the hell. I am all heart for opportunities like such. I love writing.

I knew I was to face an amazing day so I decided to fix up. I really loved my look for the day. Messy uncombed hair tied up in a high ponytail, like how cheerleaders would, discreetly winged eyes (Blinc eyeliner) to match the natural light brown shades swept on the lids (E.L.F, Elizabeth Arden, Lola) and proper-framing brows (Elianto), sweet mascara (Tarte), soft-spoken bronzer on the cheeks (Beauty and Minerals) and my favorite face-brightening pink lipstick (Lola) topped with candilicious pink gloss (Smashbox).

What do you think? 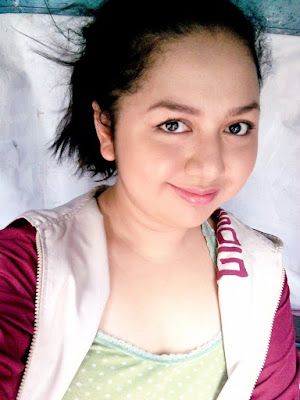 I was wearing my 5260 singlet, super short skort aka panyong nagpapanggap na palda and an Adidas running shoe. I felt like I was back in college because the look I had on below is basically my Pepping look. Oh, how exciting. UAAP season 73 is just around the corner.

Of course my brother had a photo by the stage and "Abbey Road" too. Actually, it was I who came in second to this shot but because it's MY blog, my photo came first! LOL 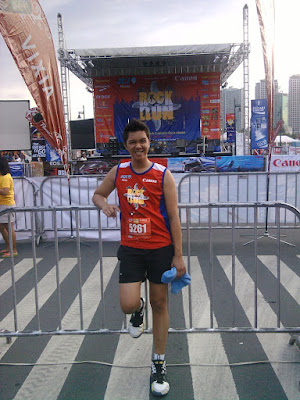 I was with my brother and other Be My Rockstar winner, Elaine Tan. She's the one who wasn't there at the meet and greet. Finally! 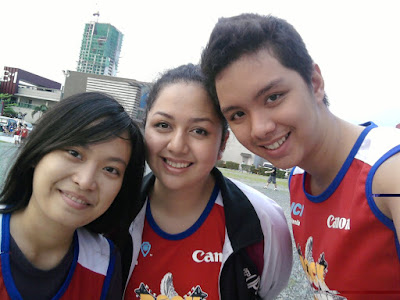 We checked-in early and well, had such a blast chillin' like villains with other Rock and Runners. 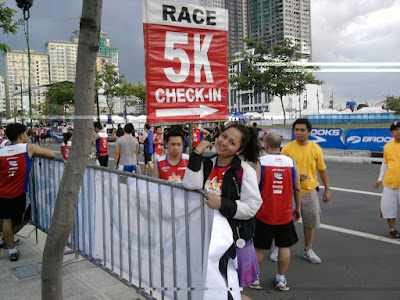 Elaine even met one of his super missed friends, who happen to be wearing the coolest running footwear in town! Oh! I couldn't resist it! 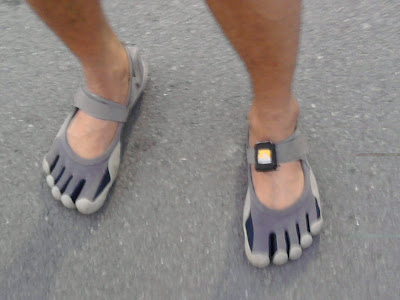 Below are proofs of how early we were! haha! 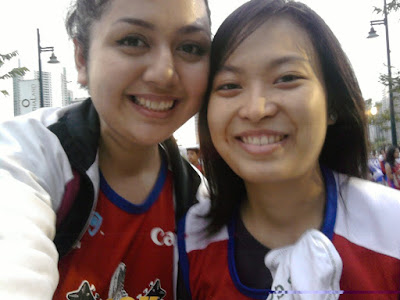 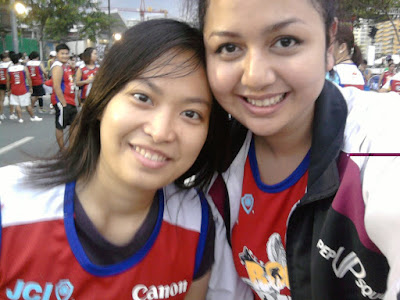 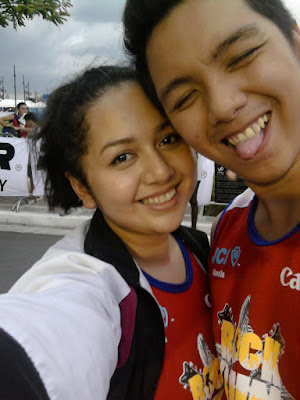 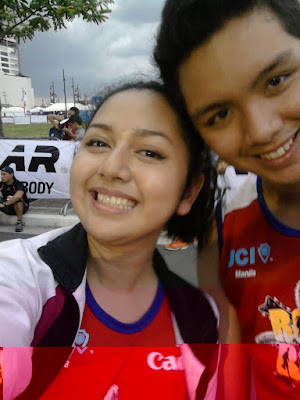 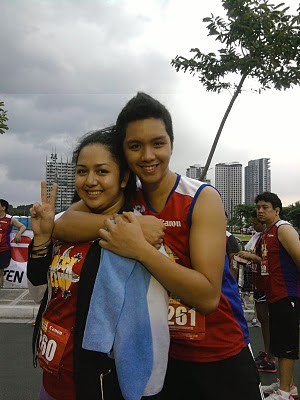 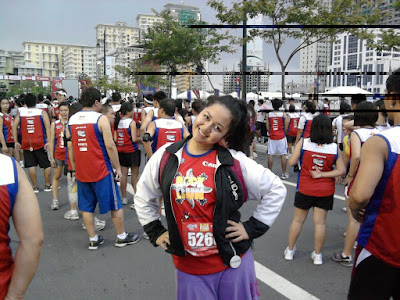 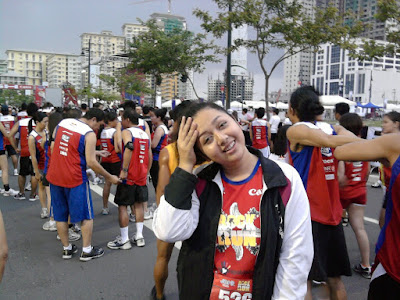 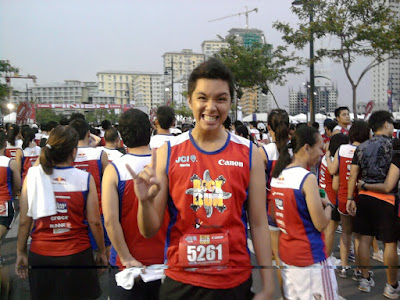 Good thing we were early BECUUZZ it rained sooooooo SOOOO HARD ~_~ !!! Below is my favorite photo. It's sooo fun! Look at us Ma'! I haven't stayed under the rain for the longest time so the rain last night was such a delight! 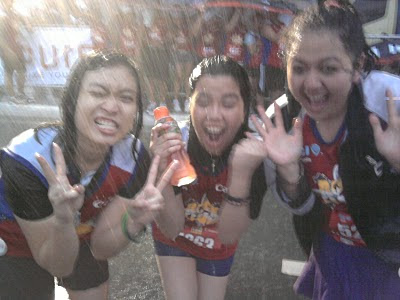 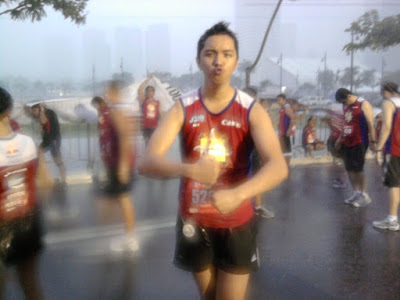 Above is a winning "it's raining" photo of my brother that I took. Awesome cause her singlet's glowing and the background has this effect, eh photo isn't photoshopped! That's how it registered on my PHONE by default. Grabe I thought my phone would be a bust by the end of the run since it really did POUR HEAVILY.

Happy though cause by 7PM, oh yes, so fast to finish especially for first timers!!!, by 7pm we were already WINNERS. :) 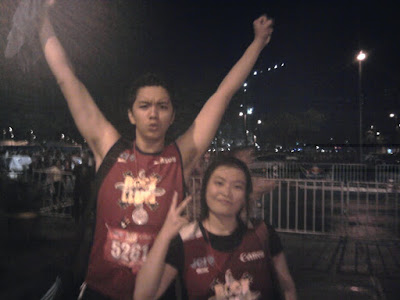 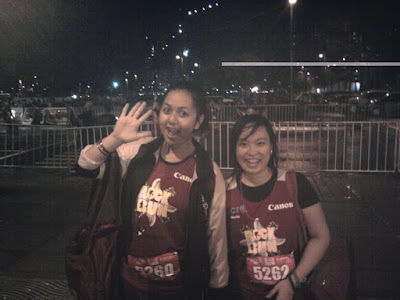 Grabe look at how soaked we are! It was a bit difficult to run under the weather but it made the run easier to manage especially for a first timer like me. No dehydration. No heat stroke. Just sheer "showered" goodness haha!

Sayang lang, it would've been really great too if the concert pushed through. 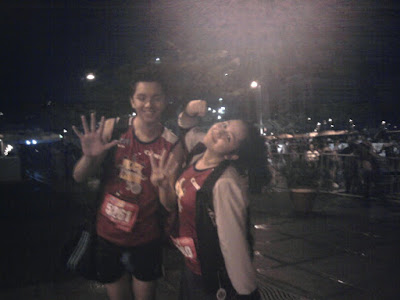 Since we were SOAKED, we decided to stay at Coffee Bean and Tea Leaf to dry up--and of course because I wanted MYGREENTEA. I'm so addicted to it! Try it with SOY MILK instead! Makes it taste more herbal (?), or rather TEA-y (haha I am finding difficulty in describing it). 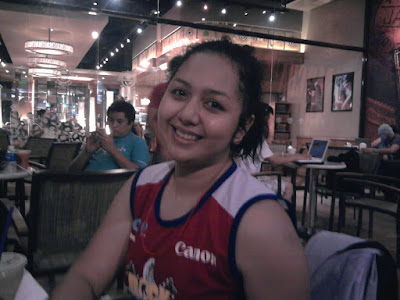 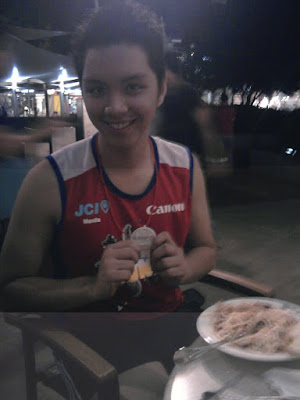 Oh please do congratulate my brother because (here's a list of his partidas) he's a first timer, he didn't have any conditioning prior the run and he was wearing basketball shoes BUT he finished among the first 100 runners to reach the finish line. He was runner #90!! I am proud. :D 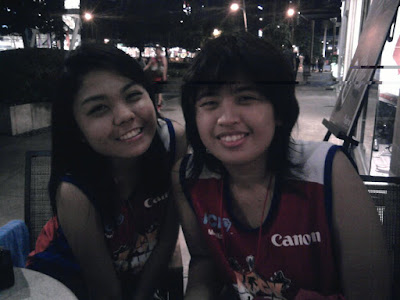 Of course there are the "better late than never" runners :p Miekay's amazing cause she finished the run WHILE carrying her bag! Now THAT'S A ROCKSTAR! :D Hi Nikki, congratulations again! You know among the group I really wanted to congratulate you because I felt your kaba falaga with the run. Thankful ako na nagpapilit ka!!! 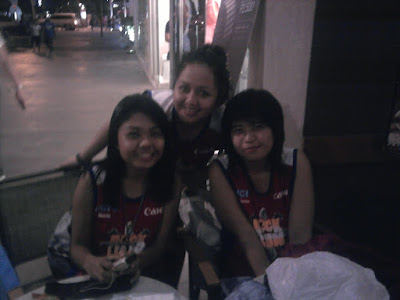 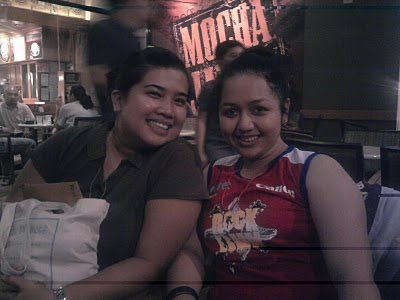 In the photo above is my beautiful future singing buddy who is the owner of the wonderful jacket I wore for the marathon. Thanks sponsor! haha

There's something wrong with the Blogger photo upload, hence the lines you see on the photos. If you want to see the clean files, check this album out. I uploaded them here for archiving. :) I'm so forgetful eh!

Thank you so much for such a great event! Thank you to Runnr and PRC Inc for giving me the opportunity to launch my Be My Rockstar contest! 'Til next time, yes? Yes!