Rainbows have nothing to hide.

Hello everyone! As much as I would want to put an end to the temporary Leave of Absence I have filed on this blog, I still haven't caught up with myself. I really do apologize, although in my defense my "LOA" isn't so LOA since I still updated the blog despite my supposed "break" from it. I know I can't defend myself anymore and say it's still Tuesday in LA (since LA is the only other time I personally had or have a connection with). Nonetheless, here I am, trying to put a smile on your face. (Photo below: that's me sleeping in the car while on our way to my college graduation. Pardon my lack of poise. I was up 4AM just to meet the 8AM call time of my much anticipated "8:30AM" graduation ceremony.) 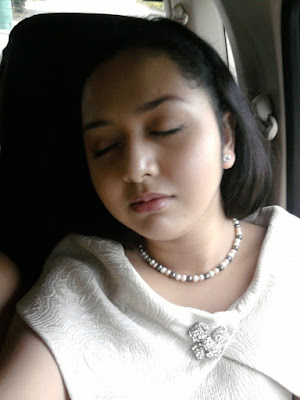 Just recently, it rained ice in Cavite. Well, I would call it hail BUT the mention of "hail" strikes me too overwhelmingly so I prefer call it Ice Rain, a friendlier term to refer to what technically is really just hail.

Now it's a surprising turn of event because to begin with, in a tropical country, you don't really expect ice to fall from the sky. Philippines has been seriously scorching hot lately and to have witnessed Ice Rain was both a delight and an eyeopening moment.

It is an eyeopening experience not just because it would really make you stop and think of ways how to be more environmental. Hail in the tropics has a scary undertone, don't you think? So having Ice Rain, not hail, happen in the Philippines is comparable to ice cold water upon waking up--such an effective wake up call.

Other than the whole green effect, experiencing Ice Rain is an eyeopening experience (for me at least) because it only means Summer, my favorite season (though I don't really have much of a choice because here in the Philippines, it's either rain or shine) has officially ended. Yesterday, I was back in my alma mater to get my diploma and my graduation pictures and it was hellishly hot, and the sweat it incurred may contradict the claim that "summer has officially ended" however, it's May, Cinco de Mayo as some other nations would refer to this day, and I think it's but legal to say that summer has indeed ended--no matter how scorching hot it still is.

Okay, notice my syntax in the previous paragraph. I prefer not to edit it so you'd see how much I am in denial that I'm about to say goodbye to Summer, the most wonderful time to set love ablaze. 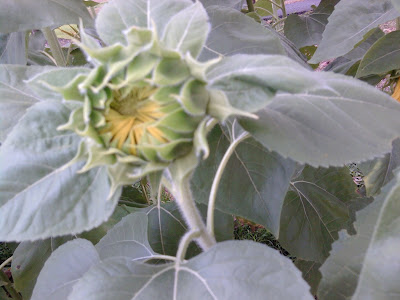 (Photo above shows a beautiful Sunflower about to bloom. It's such a majestic sight, to see how Sunflowers look like before they turn into their most beautiful selves. Photo below shows a rather "cute" sunflower. Unlike other sunflowers, it's petals are a bit "short and stout". I was so giddy when I saw that sunflower as shown in the photo below because it looked so unique, enthralling and young.) 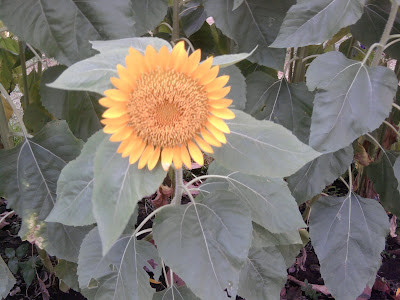 Rain is just around the corner, are you ready for it? I'm not, but I'm ready to search for silver linings. Ah yes. 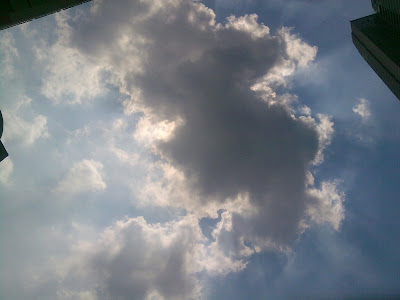 Anyway, my LOA, contrary to belief, isn't a "break" caused by laziness or delinquency. I just really wanted to re-focus and re-organize myself and my goals, both short and long term. Because of this, I stumbled upon a snapshot of my Wii character. Well, I didn't really stumbled upon on this, it was emailed to me. I downloaded it, saved it on my "For the blog" folder and now it's here... I can now delete it.

I am attached to the photo of my Wii character not because of narcissism but because of the memory, or should I say, the child behind my snapshot, Raleigh. Raleigh is a cute little boy I have loved for more than a year despite the fact that I haven't even held or seen him. He's the little brother of my ex. The joke is that my ex used Raleigh,
Labels: Kumiko Mae Rainbow Connection Sarah McLachlan Shoes Sunflowers