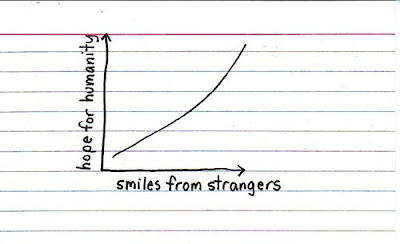 I am in between 2010's pretentious Monday holiday and the original People Power day, which is on the 25th of February so I thought I'd focus on that hardly exploited topic, the power of people.

Every day we unintentionally expand our world through the many faces we meet. Remember when they said, "Smile, you don't know if someone is falling in love with you."? I think it pretty much explains how we are never in control of how people push the world and make it spin. It is true that we do have a say on our friends thus the very important rule of choosing the people you'd consider as one, but the downside of living in such a public space is the mere fact of not ever having say on who's going to knock on your door, or even just view you from afar.

I am not referring to stalkers. I am referring to the many eyes which comprises this big BIG world. All those eyes, they can be compared to little pebbles, some rocks, that can be thrown at you and hurt you or unknowingly sit in your bag and slow you down. All those eyes can be light little sponges that would imitate you or sparkling little glitters that would make you look pretty. Those eyes can serve a number of ways with or without your consent and the challenge of living a peaceful life is learning--no--mastering the art of being functional with an audience.

Life is like an auditorium, not just a stage. It is a place where you can interchangibly be a star, a crew, an audience or a fly on the wall. It is a place where the entertaining happens, the nerve-wracking counts seconds and where the sadness can go from minimal exposure to a grand finale. Life is like an auditorium which requires preparations and silence in order to be the best auditorium an auditorium can be. Unfortunately, life can be very unrealistic and unconventional. But then again, reality is only in the mind of the thinker.

The public theater called life is something that breaks my heart and inspires me at the same time. The challenge isn't just to give the best performance, the challenge is to provide the most unforgettable experience and that is what I like about the power of people. People are so influencial they can do more than influence your decisions, they can also steer your emotions uphill or down hell (play of words, cute?).

The power of people lies in their being alive, driven by both selfish and selfless desires. Some would encourage and inspire a few, a lot, while some would even bother teaming up to be against an organization or even just a single unit. The power of people lies in their realities and expectations and this makes it really hard for people to establish bonds that would last for life--so difficult to establish REAL everlasting bonds--because realities and expectations are as fluttering as an eye in a desert storm.

Before February ends, I dare you to do something for yourself either by extending yourself to someone you have long been wanting to start a conversation with or by redeeming yourself by making your point clear--poke those many intrigued/jealous/suspicious/merely deranged eyes and demand for a break. There's always time for you to make yourself matter to yourself and to other people because the power of people is their ability to make a point, a huge circle, just by merely wanting to make one. 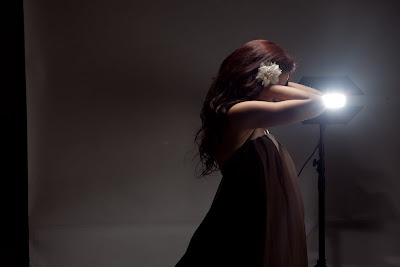