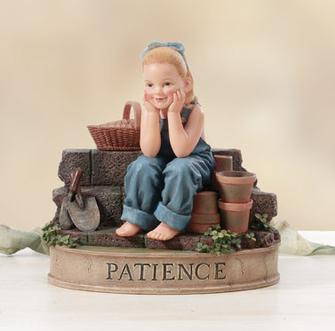 Most of the time when we set ourselves the goals which would direct the music we would march unto, we expect that after the first major push, things would start rolling on its own. I don't know if it's because time in this modern world is more precious than gold but I think it's a serious offense that we commit against ourselves. We work hard to achieve a goal so we get the prize; but in the process of working hard, we expect things to happen a little bit faster. What happened to smelling the flowers?

For example, we have all sorts of communication but it seems to me that communication has never been more difficult. All these electronic everything tend to fail (read me) when it comes to the conversations that actually matter. Ever since digital age made its presence felt, there has been an increase and even a development of more fatal diseases--thanks to the life encouraged by one-minute meals and click-of-a-button devices.

It is but a paradox that in our efforts to make life easier, life became a little bit, if not more difficult, than it originally was. Of course I'm not discarding the fact that there are many wonderful things that technology provided such as the cure for this and that, and of course the many things that indeed make things more convenient; but what I want to highlight is the exceeding effects of a "convenient life" for us, the people who are struggling to live the life, pun intended.

I am saying all these because last night I felt like an elephant (nothing against elephants) stepped on me. After I thought I freed myself from all sorts of worries because I turned myself into this busy-bee-who-is-too-busy-to-be-sad, I was sad. I was extremely sad. Come to think of it, I still think that I am.

I'm not in a hurry. I'd love to think that right now, I am the version of me who is actually being patient. I just hope, the pressure isn't continue to gain momentum. I'm not saying that I'm delicate. Although, I'm also not saying that I don't break.