How to Stay Sane During the Mercury Retrograde

I don't know about you but I am suffering from the awful effects of what astroligists refer to as the Mercury Retrograde. It is the period when from Earth's perspective, Mercury appears to be rotating backwards instead of forward, like it normally does. Although this has been proven to just be an optical illusion, Mercury is actually just slowing down, but due to the differences in pace and in orbit, the slower movement of that very planet associated to the "messenger of the gods", Mercury, is believed to have bad effects to anything communication related--sorry news for us mere earth dwellers.

It is for this very reason why I decided, just to make sure I don't break my code, to blog earlier than expected. I am no master of the whole dealing with this retrograde thing, but let me share with you my experience, so far, and some tips so you can save yourself, mostly your patience, from being wasted over unnecessary stress. 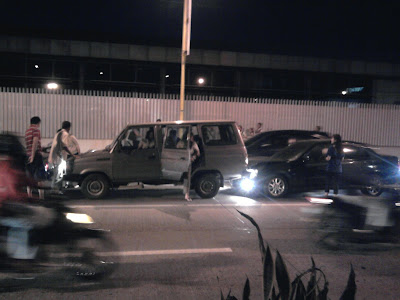 If you've been living a fast-paced life, you would be most affected by the retrograde, but don't let that bring you down. Just let the period give you a little break, take things slowly, recharge your energy and try to get yourself back on track. For all its worth, the first retrograde of the decade would soon end on January 15.

Disclaimer: but be ready. The mercury retrograde happens thrice a year.

I hope everyone have a peaceful beginning of the decade! Stay inspired by clicking on this link: Funny Phase.